Delivery of Boeing Dreamliners to China held up.

By Stanslaus MAGANGA January 07, 2013
China said it has yet to approve U.S. planemaker Boeing's 787 Dreamliner, which has put on hold the delivery of the jet to the world's fastest growing aviation market. 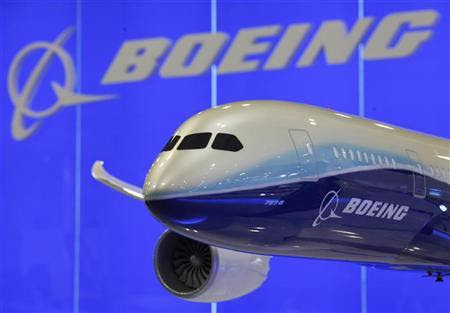 China Southern Airlines Co Ltd, which has outstanding orders for 10 Dreamliner B787s, had expected to receive its first plane in 2012, but that has been delayed as the U.S. company has yet to receive certification from Chinese authorities.

Another Chinese airline, Hainan Airlines, which aimed to get five B787 airliners last year, also had to push back its schedule due to delayed certification, local media reported.
China has been increasingly assertive when it comes to exercising its right to independently certify the airworthiness of western-built aerospace equipment, such as engines, industry sources said.
Any aircraft has to obtain a certificate of airworthiness from the Civil Aviation Administration of China before it can enter the country.
"The approval process for the certification for the Boeing 787 aircraft is still in progress," the regulator said in an email reply to Reuters on Monday.
"The timing of the issue of the certificate will very much depend on the degree of cooperation of Boeing and U.S. Federal Aviation Administration. Currently the process is progressing smoothly," it added.
The Boeing 787 has already been certified by the FAA and European Aviation Safety Agency.
Boeing declined comment on its customers' delivery plans.
"We are working closely with our customers to finalise the delivery and ensure successful EIS (entry into service) of the 787 with our customers in China," it said in an emailed reply.
The aircraft, the first Boeing jet to be globally outsourced to suppliers around the world, was first delivered to Japan's All Nippon Airways in 2011 after being delayed for 3-1/2 years due to technical and other problems.
Boeing said China had firm orders for 35 B787 including 10 each from China Southern and Hainan Airlines, and another 15 from Air China Ltd.
In addition, Xiamen Airlines also announced orders for six 787s, pending government approval, it said.