On saturday 16th November 2013, the first Mayotte airline called Air EWA has launched the connection between Dzaoudzi ( Mayotte ) and Dar es Salaam ( Tanzania). The inaugural flight (UU280) to DAR operated by Air EWA on ATR 72-212A reg. F-OZSE landed at Julius Nyerere International Airport (JNIA) around 14h35Z and was scheduled to take off on Sunday at 8h45Z.

The current timetable from the airline's website shows that, in the period 09/11/13 -29/03/14  Ewa Air will be operating into Dar es salaam once per week with arrivals on Saturdays 17:35LT and departures on Sundays 11:45LT, i.e there will be a night stop at DAR. 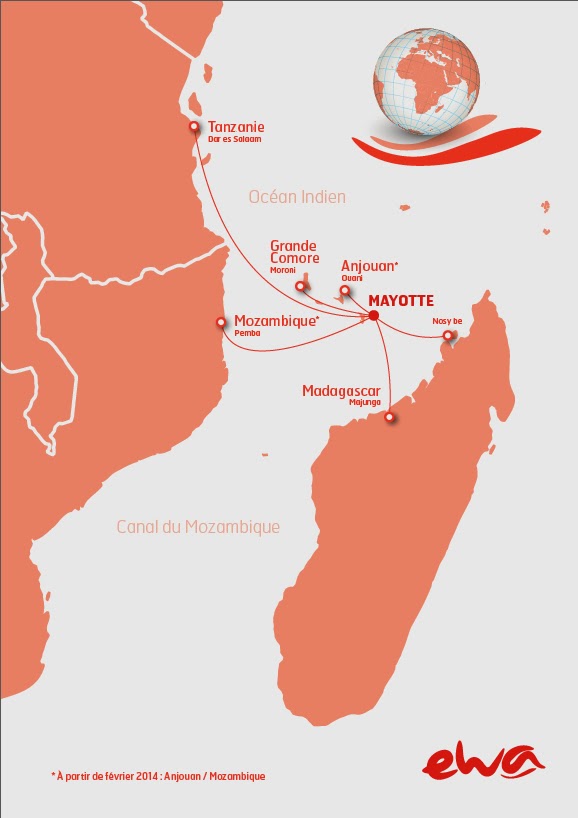