News from Arusha, Tanzania reports that Ethiopian Airlines B767-300 (ET-AQW)  had an emergency landing at the Arusha Airport around mid day today.

The aircraft, registered as ET-AQW was operating on flight number ET815 from Addis via Kilimanjaro to Zanzibar and back to Addis. 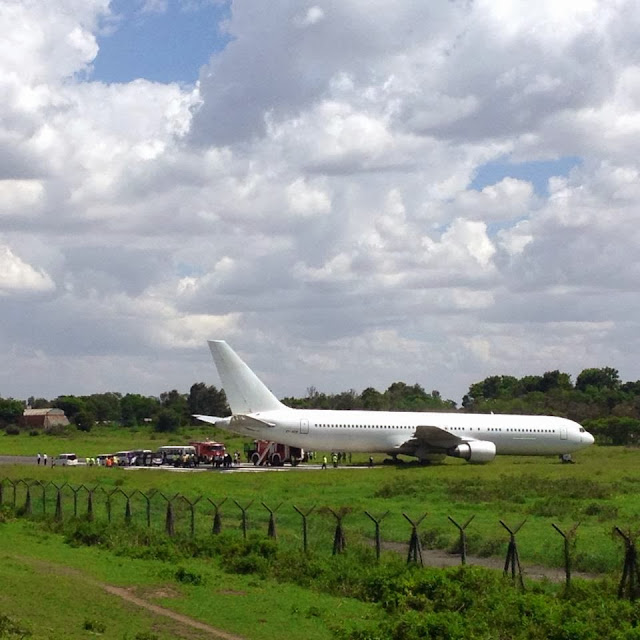 The ARK airport’s runway is 1620 metres long, too short for B767 operations. The crew landed safely and the plane came to a complete stop just at the end of the runway, however while maneuvering for backtracking the plane excursed the runway and the nose gear got stuck in soft soil. 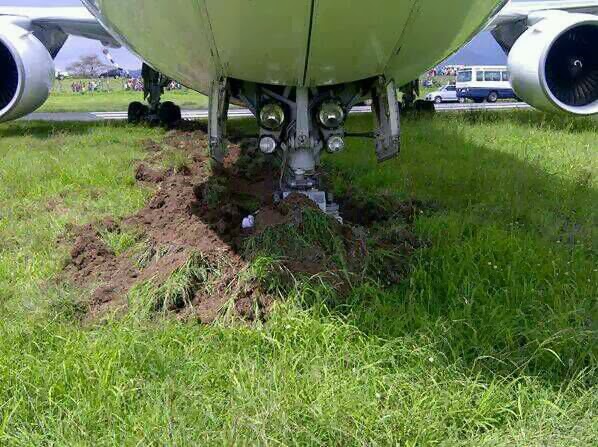 None of the passengers or crew reported to have been injured .

The ARK airport has been closed for any other flights in and out of ARK as the Boeng 767 is stucked at the end of the runway.


As of now we don't have the official communication of what caused the crew on ET815 to perform the emergency landing at Arusha but Aviationtz sources reports that the crew were instructed by ATC at KIA to hold at a facility called KB which is close to Arusha and the Arusha runway is visible from that point, so when cleared to land they landed at Arusha thinking that it is KIA.

Keep an eye on this space for updates!