By Stanslaus MAGANGA December 13, 2013
News emerging from Arusha reports that one of Precision Air aircraft ATR42-600 has suffered tyre deflation on all four main wheels during landing at Arusha (ARK). The aircraft registered as 5H-PWI was on its normal scheduled services doing flight PW422.

Precision Air Services has issued an Official Statement on the incidence as attached here below. 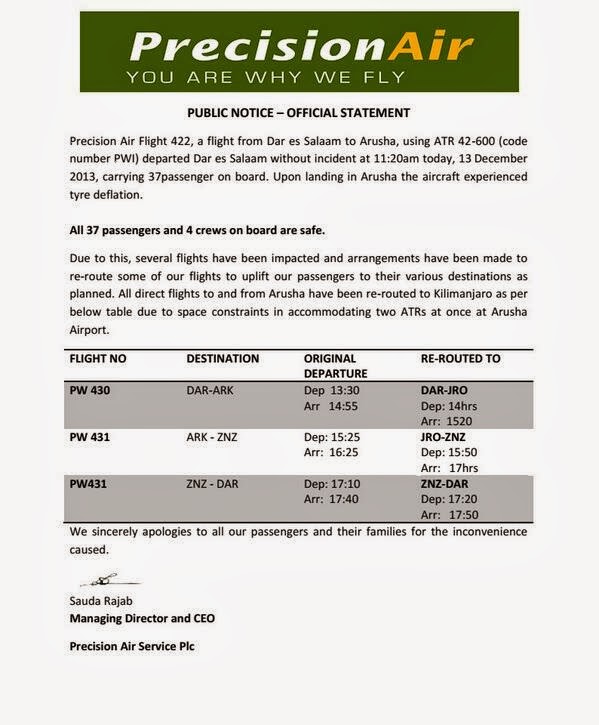 Precision Air Services Plc (operating as Precision Air; DSE:PAL) is a Tanzanian airline based at Julius Nyerere International Airport in Dar es Salaam, with a minihub at Mwanza Airport.
It is the largest airline in Tanzania based on fleet size, destinations served, and passengers carried, having had a market share of 58.8 percent in 2011.