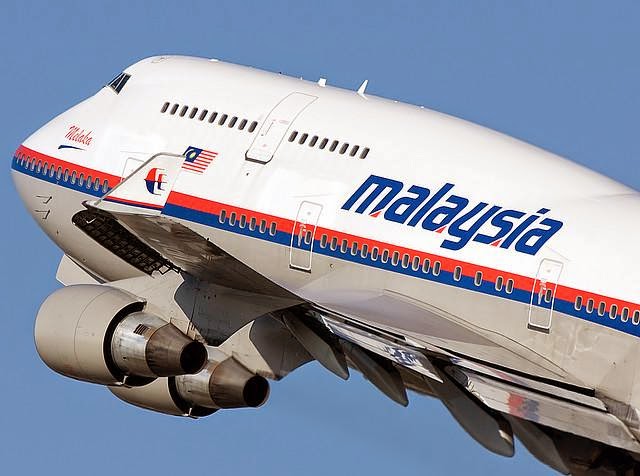 Malaysia Airlines flight MH370, which disappeared over two weeks ago en route to Beijing, crashed thousands of miles away in the southern Indian Ocean, Malaysian Prime Minister Najib Razak said on Monday, citing new satellite data.
All 239 people on board were presumed dead, airline officials said.
Analysis of satellite information from British company Inmarsat had shown that the Boeing 777's last position was in the Indian Ocean west of Perth, Australia, Najib said in a statement.
"This is a remote location, far from any possible landing sites," he said. "It is therefore, with deep sadness and regret, that I must inform you that, according to this new data, flight MH370 ended in the southern Indian Ocean."
He added that the families of the passengers and crew had been informed.
"For them, the past few weeks have been heart-breaking; I know this news must be harder still," he said.
After the announcement, there were hysterical scenes at the Beijing hotel where many of the relatives of those on board are staying. More than 150 of the passengers were Chinese.
People wailed, cried and dropped to the floor. One woman shouted out: "It's not possible, it's not possible."
POSSIBLE DEBRIS
Najib's comments came as an Australian navy ship was close to finding possible debris from the airliner after a mounting number of sightings of floating objects that are believed to be parts of the plane. The search site is about 2,500 km (1,550 miles) southwest of Perth, in sub-Arctic seas that are in one of the most remote parts of the globe.
The objects, described as a "grey or green circular object" and an "orange rectangular object", were spotted on Monday afternoon, said Australian Prime Minister Tony Abbott.
Flight MH370 vanished from civilian radar screens less than an hour after taking off from Kuala Lumpur for Beijing on March 8. No confirmed sighting of the plane has been made since and there is no clue to what went wrong.
Attention and resources in the search for the plane had shifted from an initial focus north of the Equator to an increasingly narrowed stretch of rough sea in the southern Indian Ocean, thousands of miles from the original flight path.
Earlier on Monday, Xinhua news agency said a Chinese Ilyushin IL-76 aircraft spotted two "relatively big" floating objects and several smaller white ones dispersed over several km.
In a further sign the search was bearing fruit, the US Navy was flying in its high-tech black box detector to the area.
FURTHER CALCULATIONS
Najib said Inmarsat had been performing further calculations on the data.
"Using a type of analysis never before used in an investigation of this sort, they have been able to shed more light on MH370's flight path," he said.
"Based on their new analysis, Inmarsat and the UK Air Accidents Investigation Branch have concluded that MH370 flew along the southern corridor, and that its last position was in the middle of the Indian Ocean, west of Perth."
Asked how Inmarsat experts had made the breakthrough, Chris McLaughlin, senior vice president for external affairs, said: "They tested (the earlier findings) against a number of known flights of other aircraft and came to the conclusion that only the southern route was possible."
The new method "gives the approximate direction of travel, plus or minus about 100 miles, to a track line," he told Britain's Sky News.
"Unfortunately this is a 1990s satellite over the Indian Ocean that is not GPS-equipped. All we believe we can do is to say that we believe it is in this general location, but we cannot give you the final few feet and inches where it landed. It's not that sort of system."
(Reuters)