Mr. Chacha has succeeded retired director general Fadhili Manongi who saved in the capacity since 2010.

Prior to this appointment Mr. Chacha has been serving as TCAA director of navigation services.

The following is the TCAA's statement in swahili. 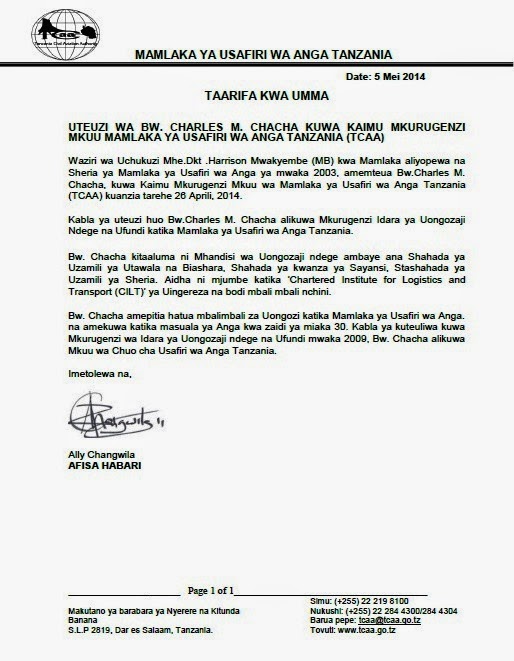