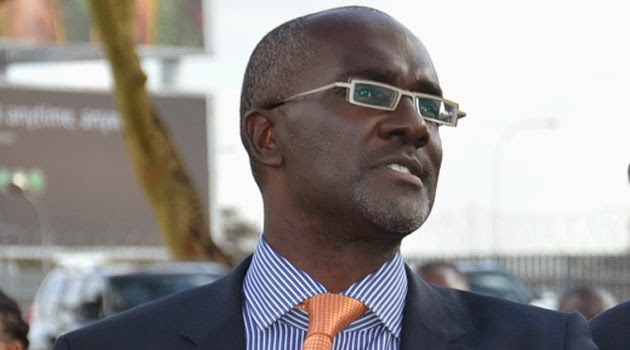 Mbuvi Ngunze has been appointed the new Kenya Airways CEO and Managing Director effective December 1, 2014.
Ngunze will take over from Titus Naikuni who will be retiring at the end of November 2014, after 11 illustrious years at the helm of Kenya Airways Ltd.
“I am pleased to announce the appointment of Mr Mbuvi Ngunze who is the current Chief Operating Officer in KQ to the role of Group Managing Director and CEO of Kenya Airways Ltd, with effect from December 1, 2014,” KQ Chairman Evanson Mwaniki announced on Tuesday.
Mwaniki said the Board of Directors had engaged in the search for a new CEO to head the airline since January this year.
He said the board was assisted by Spencer Stuart Limited, an international Executive firm which was hired to help in identifying Naikuni’s successor.
“I would like to confirm that the board will lend its full support to Mr Mbuvi Ngunze in leading all of the KQ team in running the company’s business,” Mwaniki said.
He said "in the meantime the Board has also initiated the process of recruiting Chief Operating Officer in the shortest possible time.”
“I wish to take this opportunity to call for full support for Mbuvi Ngunze as he takes over leadership of the company’s day to day affairs and to wish Naikuni and his family Godspeed as he prepares to go into his retirement,” Mwaniki said.

Mbuvi holds a Bachelor of Commerce degree accounting option from the University of Nairobi. He is a Chartered Accountant (England and Wales) and is also a graduate of the Harvard Business School’s Management Development Program (PMD75). He joined Price Waterhouse in Nairobi in 1990 and was seconded to Manchester in the United Kingdom where he was articled. In the UK, he started of as an Audit Assistant and left 5 years later as an Assistant Manager. In 1995, he rejoined Price Waterhouse in Kenya as Audit Manager, leading audits of various blue chip companies, and also involved in training and recruitment. In 1998, he joined Bamburi Cement (a Lafarge subsidiary) as Finance Manager and was promoted to the Finance Director’s position in February 1999. He held this position up to March 2002 when he was appointed Managing Director Hima Cement Uganda (Lafarge). In May 2006, he moved to the headquarters of Lafarge in Paris. He first took up the role of Mission Director in the Group Audit Department for six months, and then was appointed Group Vice President Internal Communications in November 2006. In March 2009, he was appointed General Manager for Lafarge’s operations in Tanzania (Mbeya Cement). He joined Kenya Airways in September 2011 as Chief Operating Officer. Mbuvi has extensive Board room experience having served on the Board of Bamburi Cement (from 1999), Hima Cement, Mbeya Cement, and serving as Secretary to the East African Cement Producers Association.