By Stanslaus MAGANGA September 30, 2014
Low-cost African airline Fastjet has reported increased operating losses of $30.5 million in the first half of the year (through June 30, 2014). 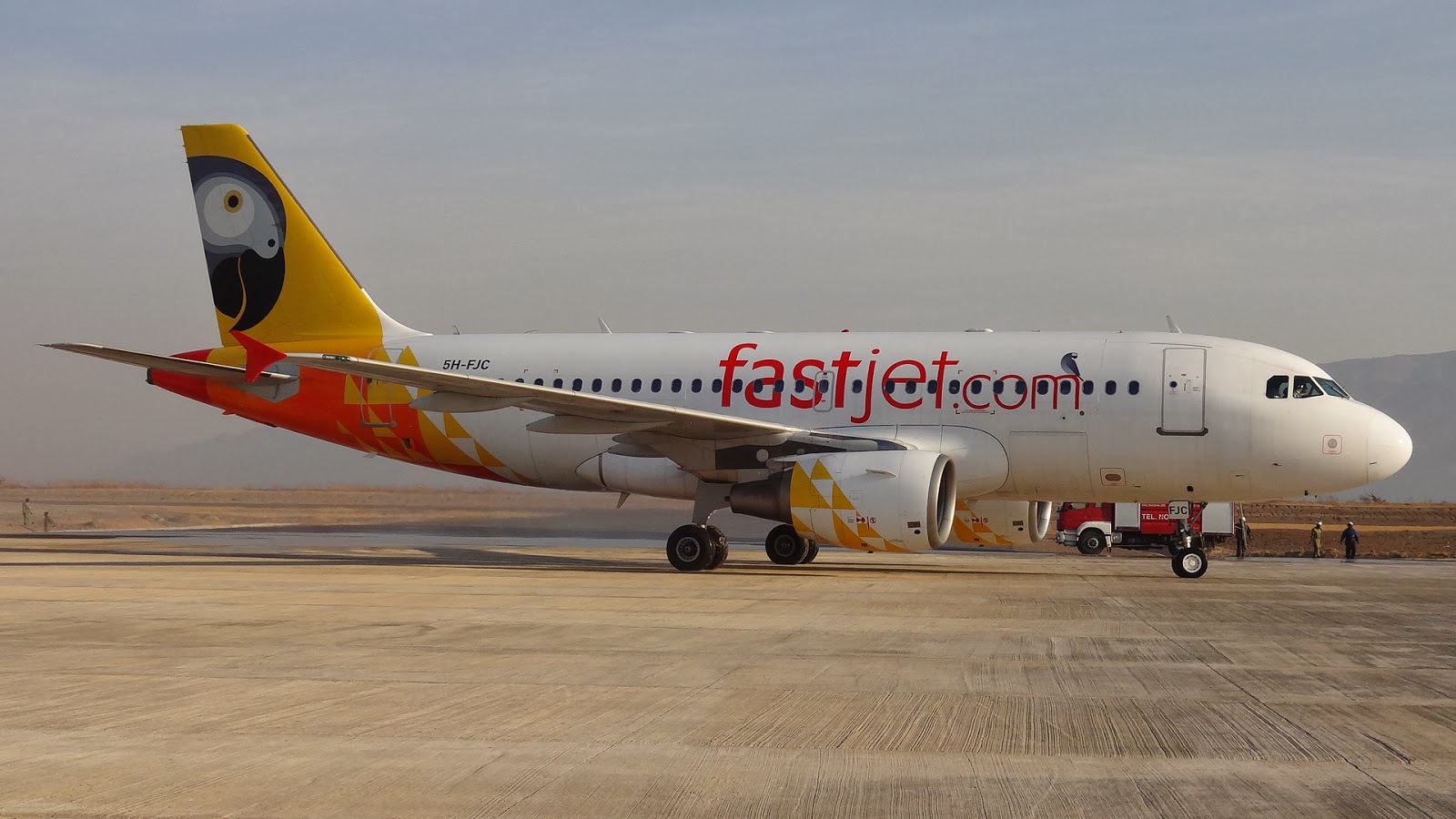 The figure included $13.9 million in losses in its core Tanzanian operation.
The airline made a total operating loss of $25 million in the same period a year earlier.
The loss came despite a 96% rise in first half revenues to $19 million with a 41.5% rise in passenger numbers from the Tanzania-based business.
A further $13.5 million “adverse effect” came from loss-making arms  Fly540 Ghana and Fly540 Angola where services remain suspended pending a restructuring.
Fastjet Tanzania aircraft utilisation increased from 5.5 hours to 7.9 hours per aircraft per day during the period and reached 9.9 hours per aircraft per day by the end of August, on track to achieve the target of 11.5 hours, the airline said.
Chief executive and interim chairman Ed Winter said: "We are delighted to have seen a steady increase in the number of passengers travelling on core Tanzanian routes, with revenue growth of 96% against the same period last year.
"Strong underlying traffic growth in the first half of 2014 continues to demonstrate that Fastjet's low-cost airline model works in the African market.
"This growth in traffic underpins our belief that people across Africa are increasingly embracing the travel opportunities offered by Fastjet's safe, reliable, and great value product, with a high percentage of first time flyers.”
He added: "Additional services from our Tanzanian base in Dar es Salaam to Lusaka, Harare and Entebbe, linking these land-locked countries to the port of Dar es Salaam, have proven successful and are performing well.
“Although these routes are in their infancy, there is every indication that these will develop into valuable routes for the Fastjet Tanzania pan-African network.  Prior to these routes being launched there were no direct air services linking Dar es Salaam with either Harare or Entebbe.
"During the period, we added additional revenue streams to the business mix including car rentals, hotels and car parking and early indications suggest that these services are proving popular with our customers.
"Fastjet continues on its path of expansion, leveraging our first mover advantage to the benefit of our customers and shareholders."
The full staement can be accessed here:Interim Results for the six months ended 30 June 2014