United Airlines offers up to $100,000 to flight attendants who quit 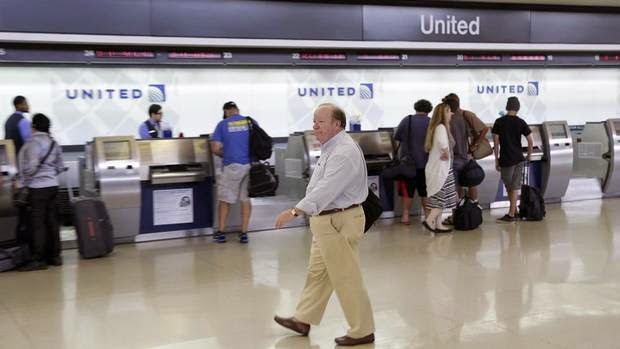 United Airlines reached a deal with the flight attendants’ union to offer up to $100,000 (U.S.) in severance for workers who leave the company.
United spokeswoman Megan McCarthy said Monday that the airline hopes that at least 2,100 of its 23,000 flight attendants will accept.
The airline also said that it would recall about 1,450 furloughed flight attendants to fill jobs in places where United is understaffed.
The company, formed by a 2010 merger, has seen growth on what used to be Continental Airlines, which hired 485 flight attendants last year. But the old United operation has been shrinking and furloughing flight attendants. The cabin crews still fly separately because the company has not reached a single contract that covers both groups.
Airlines and other companies use early-out bonuses to entice employees – especially senior, more expensive ones – to leave and be replaced by entry-level workers.
United Continental Holdings Inc. did not say how much the severance payments would cost. Last year, the company said it spent about $64-million on early-out payments to 1,200 ground workers and pilots.
The Association of Flight Attendants said that the early-out payments announced Monday would let some people pursue other endeavours and give those who remain a chance to move up the seniority ladder.
Chicago-based United, the second-biggest U.S. airline operator behind American Airlines Group Inc., has been shrinking slightly – about 3 per cent in passenger-carrying capacity since 2011, not counting United Express flights. United announced last year that it planned to cut spending by $2-billion per year to boost earnings. Operating expenses were $37-billion last year.
The company’s shares fell 85 cents to close at $49.56 and were down another 40 cents in after-hours trading. They were still up 31 per cent for the year at the closing bell.


SOURCE: The Globe and Mail