Debris washed ashore on Reunion could be from MH370

By Stanslaus MAGANGA July 30, 2015
After almost a year and a half, investigators hunting the missing Malaysia Airlines flight MH370 may have had a breakthrough. Debris washed ashore on the Indian Ocean island of La Reunion resembles a compnent on a 777, according to an expert. 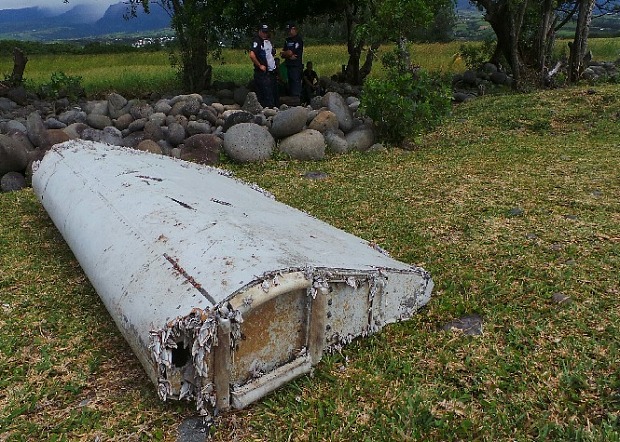 • Debris has been found on the French island of Reunion, in the Indian Ocean, about 100 miles south-west of Mauritius and 4000 miles from flightMH370's last known location
• It is a piece measuring about six-foot long with the code number BB670, and bears signs that it was in the water for some time
• Experts who have studied photos say it resembles a "flaperon" from a 777 - the same type of plane as MH370
• Its location is consistent with the passage of ocean currents that could have carried it from the search zone
• Malaysia Airlines is sending a team of investigators to study the debris, but officials say it is too early to tell whether it comes from the missing plane
• If the debris turns out to be from the missing aircraft, it will be the first confirmation that the plane crashed into the Indian Ocean after it vanished on March 8, 2014, with 239 people on board while traveling from Kuala Lumpur, Malaysia, to Beijing
FOLLOW MORE ON THIS STORY HERE...
http://www.telegraph.co.uk/news/worldnews/asia/malaysia/11772187/MH370-debris-found-live.html