By aviationtz October 17, 2015
A Eurocopter AS 350B3 Ecureuil (5Y-DKK) MSN 7027 crashed on Wednesday evening, killing all its four occupants. The accident happened in Selous Game Reserve in Tanzania. Among the dead includes the outgoing MP and the sole candidate for Ludewa constituency Mr.Deo Filikunjombe, the captain of the ill-fated helicopter capt.William Slaa and two other passengers Kasablanka Haule and Egid Mkwela.

It is reported that eyewitnesses from the reserve said the helicopter crashed and exploded around 06 pm.

The helicopter owned by General Aviation Service of DAR, had been chartered by Tanzania's Ruling party CCM for election campaigns and was en route to Ludewa having taken off from Dar es Salaam with 4 people on board disappeared on the evening of 15th October. The search was launched and the charred remains of the helicopter were found on Thursday 16th October within the Selous game reserve . No one survived the crash.

Here below are images before and after the crash: (Warning for disturbing images) 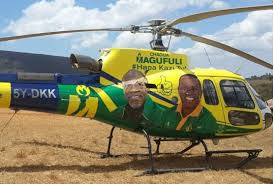 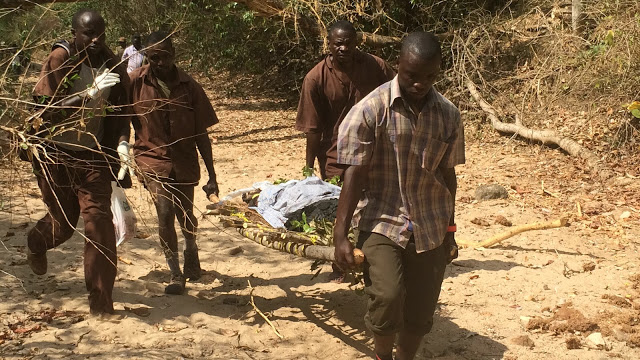 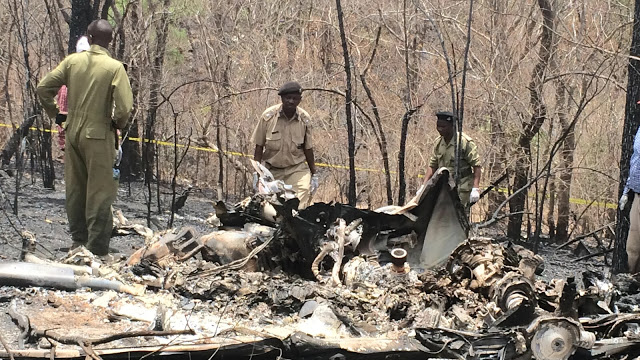 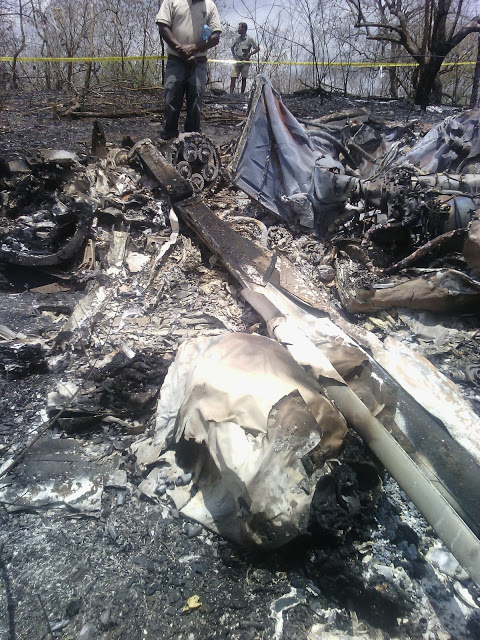 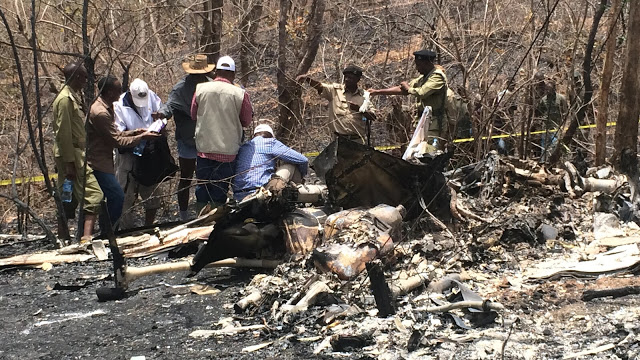 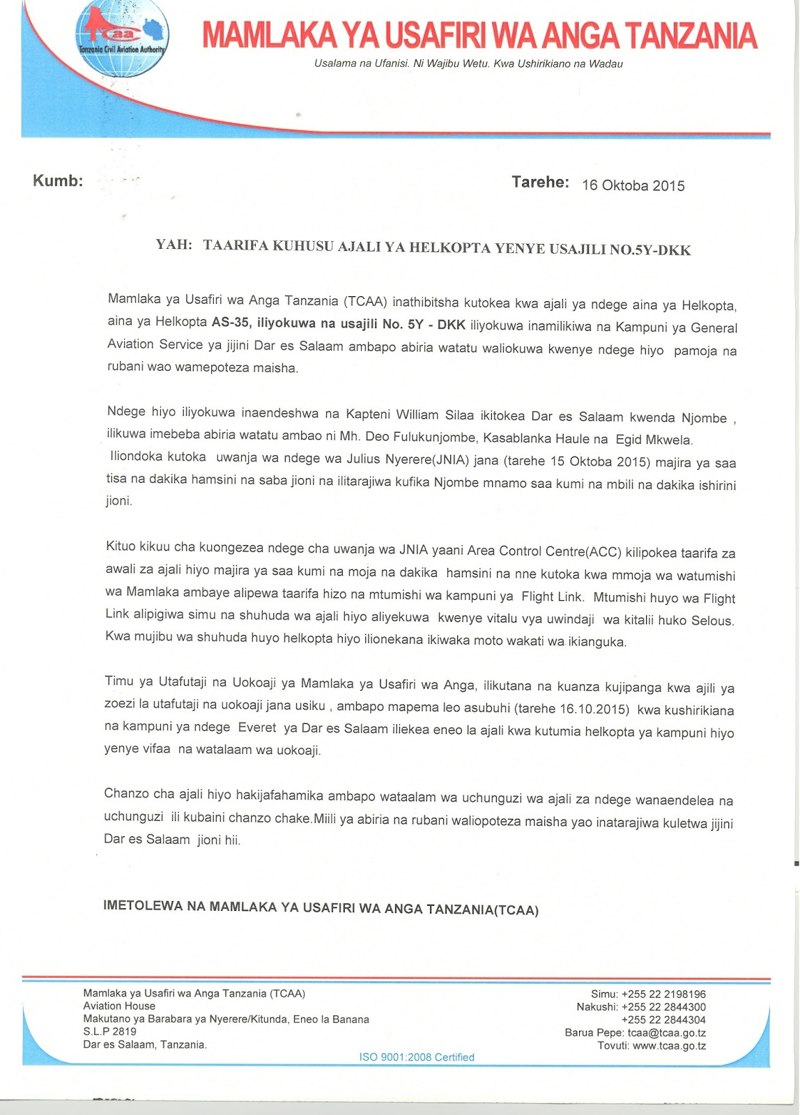