By aviationtz December 04, 2015
Boeing has achieved a major milestone toward the entry into service of the 787-10, the largest variant of the Dreamliner family, as the company announced yesterday the completion of its detailed design. 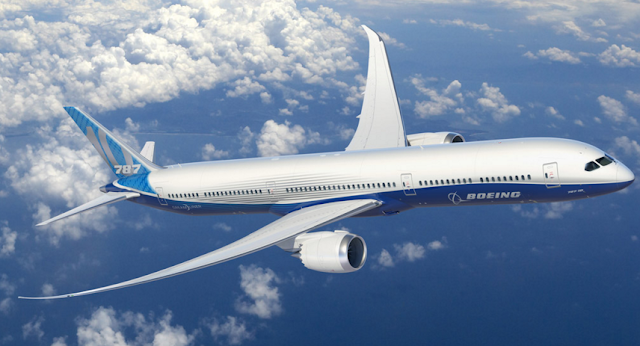 The airframer announced that this program stage was reached nearly two weeks ahead of schedule, which “means the information needed to build parts and tools for assembly has been completed and released for fabrication or procurement.” Boeing expects to start the assembly of the 787-10 in 2016, followed by the first flight in 2017.  The first delivery is scheduled for 2018 to United Airlines. The largest operators of the variant will be Singapore Airlines and Etihad Airways, with 30 aircraft each.
“With the 787-10, we are building upon our experience and the 787-9 design itself to create this newest member of the super-efficient 787 family,” said Ken Sanger, vice president of 787 Airplane Development. “Through our dedicated team and our disciplined processes, we have optimized the design for the needs of the market and are excited as we look forward to production.”
The 787-10 is a stretched version of the 787-9, which was first delivered to Air New Zealand in 2014. Ken Sanger, vice president of 787 Airplane Development. said Boeing is “building upon our experience and the 787-9 design itself” on the 787-10. According to the company, 95% of the design and build of the 787-10 and 787-9 will be identical, thus reducing production costs and risks across the production system.