By Stanslaus MAGANGA January 19, 2016
The Acting Director General of the Tanzania Civil Aviation Authority (TCAA), Mr Charles Chacha, has been suspended while two other senior officials have been transferred following discovery of massive financial and procurement irregularities at the authority. 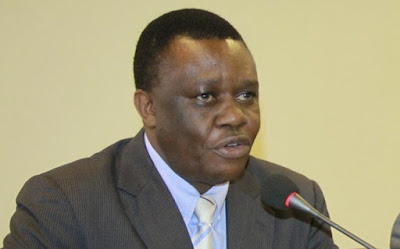 The TCAA officials who will be assigned other duties are; Principal Treasurer, Mr Said Mteule and the Procurement Manager, Mr Said Kaswella, who alongside Mr Chacha, have been removed to pave way for further investigations into the said irregularities.
During an impromptu visit by two ministers to TCAA headquarters in Dar es Salaam yesterday, the Minister for Works, Transport and Communication, Prof Makame Mbarawa and the Finance and Planning Minister, Dr Philip Mpango, said disciplinary measures taken against the officials resulted from unclear transactions in the purchase of aircraft guiding equipment known as Automatic Dependent Surveillance - Broadcast (ADS-B) valued at Euro 1.5 million, but remained out of order since installation in November, last year.
After nearly two hours of in-door discussion with TCAA departments managers, Mr Mbarawa told the media that he had suspended the TCAA Acting DG for incompetence as far as managing revenue collection and procurement procedures are concerned.
The finance minister was adamant on collection of government revenue, insisting that all institutions with obligation to collect revenue should comply and avoid lavish spending.
"I have directed the internal auditor to conduct special auditing within two weeks to establish the financial trend, in addition to verification by PPRA on the degree of adherence to procurement procedures.
With the Fifth Phase Government, there will be no let up on revenue collection," Dr Mpango insisted.