Kenya Airways has sacked 80 employees in one of the cost-cutting measures expected to yield Sh10 billion in savings a year.

About 500 more workers would be sent home in the ongoing redundancies following reduction of the airline’s fleet amid mounting losses. Managing Director Mbuvi Ngunze conveyed the heart-breaking but anticipated news in a statement sent Friday morning.

“I want to thank our people affected in this process for their commitment and hard work and wish them every success in their future endeavours,” Mr Ngunze said, adding that it was a painful but critical decision.

“The decision communicated above is not made lightly,” he added.

It is unlikely that any of the affected employees are pilots, whose powerful union forced out group Human Resource Director Alban Mwendar among other senior managers after staging a crippling strike. Ngunze adds that his firm had issued a retrenchment and redeployment notice on March 31, 2016 as required by law before notifying the employees a month later after ‘intense consultations with all parties involved’.

It would be the second time in four years that the airline will be downsizing its workforce after an earlier one in 2012 that ended up in court, where the firm successfully defended retrenchment.

In that round, 447 workers, mostly cabin crew, were sacked before their jobs were outsourced to a third party called Career Directions Limited.

The retrenched workers won a temporary reprieve in the protracted legal suit after the firm was ordered by the Industrial Court only for the Court of Appeal to overturn the ruling in favour of the company. A three-month salary in lieu of notice was among the benefits paid out to the sacked workers, in addition to a severance package of 20-day pay for each completed year of service.

Top managers anticipated that the retrenchment would yield savings Sh1.3 billion a year. The airline, code-named KQ, has sunk into heavy losses in the recent years including 2015/16 whose operating results are expected in a fortnight.

High operating costs tied to expensive fuel and a huge wage bill, have been blamed for the heavy losses. In the financial year ended March last year, KQ reported Sh25 billion in after tax losses in an unprecedented announcement that shocked investors in the stock market. Again, the high operating and financing costs were cited to have driven the losses. A slump in the value of the Kenyan Shilling against major global currencies, specifically the US dollar, is expected to compound KQ’s troubles.

Expenses paid for in the foreign currencies including fuel, rises sharply in Kenyan Shilling terms even when the amounts in the paying currency remains the same.

Several of the airline’s jets have either been sold or leased to rivals in the last 12 months, to help repair the cash flow problems.

Costs associated with paying for aircraft acquisition have presented a major headache for the airline, considering that some are grounded because the firm has not secured enough profitable routes.

Ngunze said the job cuts are only among the initiatives taken to slash the operating costs, with others such as a review on the food served to passengers expected to yield savings in the longer term. KQ had also renegotiated some contracts, the chief executive said, which were however not identified in his Friday statement.

“We are on track with our plan, having successfully implemented some of the initiatives such as the sale and sublease of aircraft, the reduction of waste in catering, and renegotiation of some contracts,” he said of the turnaround strategy dubbed Operation Pride whose anticipated revenues is an additional Sh20 billion ($200 million).

Half of projected amount, Sh10 billion, will be in additional revenues, while the other half will realised from cost reduction. In the recent months, KQ has sold its slot in London in the single biggest transaction this year, while the disposal of a warehousing property in Embakasi is at advanced stages. 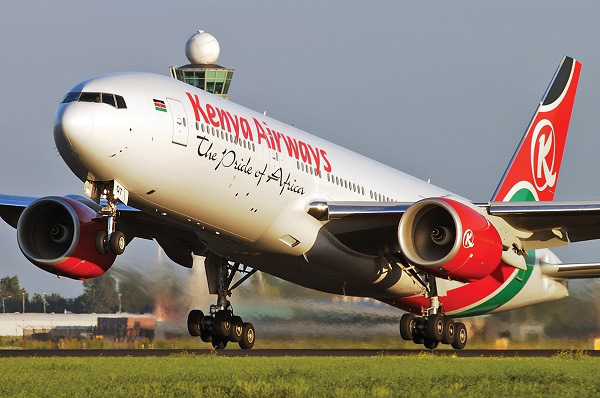