The government will restructure the cash-strapped Air Tanzania Company Limited (ATCL) in an effort to revive it.

The BusinessWeek reports that the government has appointed a team of experts to study and recommend the best way to restructure and run the company, according to the Transport permanent secretary, Dr Leonard Chamuriho.
He told BusinessWeek here last week that the team is told to come up with the nitty-gritty surrounding ATCL and propose ways of managing it, and the aviation sector as a whole, profitably.
It will also look at the right number of employees to run the organization.

“We are looking at a small group of about 20 competent staff and not a load of more than 150 working for a company that has just a single airplane,” he said.

Reports show that the cash-strapped ATCL generates about Sh300 million a month which is spent on paying salaries to about 166 workers and the remaining amount covers operational costs.

The appointed team, he said, comprises members from the Ministry of Works, Transport and Communication, other independent experts from within the transportation sector and the Attorney General’s chambers among others.

He however declined to say whether the government planned to bring in foreign experts from countries that have successful airlines such as Rwanda, Kenya, South Africa and Ethiopia.

During a recent meeting with Rwandan President Paul Kagame in Dar es Salaam, President John Maguli said it was during his first trip to Kigali that his counterpart (Mr Kagame) gave him the tips on how to revive ATCL using the RwandAir  model.

RwandAir has existed for 14 years now but so far, it has a fleet of eight aircrafts to its name, plying domestic, regional and international destinations from its Kigali hub to Tanzania, Kenya, Uganda, Burundi, South Sudan, Zambia, the Democratic Republic of Congo, Gabon, Ghana, Cameroon, Nigeria, South Africa, Belgium and the United Arab Emirates. It also operates to several other destinations through code sharing agreements.

“I copied from him (President Kagame) and if everything goes according to plans, ATCL will receive two aircrafts before September this year,” Dr Magufuli said at State House on July 1, 2016.

And true to Dr Magufuli’s promise and in what shows the government’s seriousness in reviving ATCL, Dr Chamuriho told The Citizen that the government had already paid a down payment of Sh36 billion for the purchase of two aircrafts.
The airlines are the twin-engined, medium range, turboprop Bombardier Q400 series while plans are underway to buy two more.

“Our plan is to initially start with the two in the interim before purchasing two more…the two aircrafts are expected to operate both locally and international routes mainly in East Africa though,” he said without revealing the planned routes.

After completing payments for the turboprop aircrafts, the government will shift to the ordering of two more jet aircrafts.

The government’s decision seems to concur with the advice given by the first board chairman for the company during its days as Air Tanzania Corporation, Sir Andy Chande, who told The Citizen in a recent interview that in reviving the airline, there is need to ensure that all current financial liabilities of ATCL are taken over or are frozen for a period.

“Secondly, a Committee of at least four persons experienced in management should take stock of the present manpower whose employment should be terminated and who should be asked to reapply for the positions where they have the necessary qualifications and experience,” Sir Chande said recently.

He said the company should also work out domestic and regional destinations where flights can begin operations as soon as suitable aircraft and manpower are obtained.

Early this year, in a bid to continue operations ATCL resumed its Dar es Salaam Kigoma route via its De-Havilland Dash 8 Q300 Aircraft, which had been undergoing maintenance. The aircraft had been offline for a brief period for major servicing and maintenance at the company’s maintenance facility at the JNIA under the local ATCL maintenance crew. 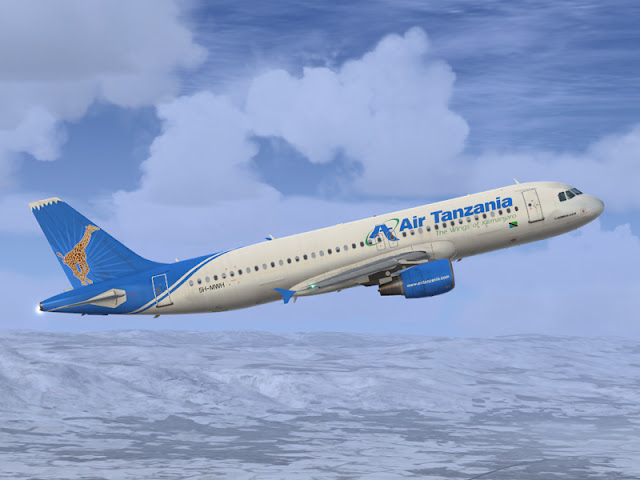