RwandAir has acquired Africa's first Boeing 737-800 Next Generation that the national flag carrier hopes will boost its capacity and competitiveness around the globe.

The brand new aircraft, given the local monicker 'Kalisimbi,' touched down at Kigali International Airport at 4pm, yesterday.

RwandAir becomes the first airline in Africa and second globally to acquire a Boeing 737-800NG equipped with in-flight connectivity on a line-fit programme, including WiFi.

The 154-seater aircraft is a dual- class cabin configuration and identical to the two Boeing 737-800NG with the first Boeing Sky Interior in Africa purchased six years ago.

The brand new aircraft is expected to facilitate the airline's expansion drive.

The aircraft's exceptional versatility and lower maintenance and operating costs provide a competitive edge regardless of business model or market, officials said.

The plane is expected to enhance RwandAir's capacity to compete profitably in what has become rather a competitive business, John Mirenge, the Airline's chief executive, said.

These and its design of newest passenger cabin to ensure a flying experience that exceeds expectations, Mirenge added.

This particular acquisition, according to Dr Alexis Nzahabwanimana, the state minister for transport, will help RwandAir expand its flight coverage to both Europe, Asia and the US more efficiently.

He said the Government identified aviation as a key pillar of Rwanda's economic development.

"With the latest acquisition, the airline's role in boosting trade and tourism will be enhanced," said Dr Nzahabwanimana.

He added that the value of RwandAir should not be perceived in terms of ticket sales but rather as an economic enabler of Rwanda's economic development.

The next 737 (Muhabura) is expected to be delivered in May next year.

"The proven operating economics and passenger comfort make the aircraft, the right equipment to deploy on our medium haul flights and as we continue to expand our network, we are delighted to offer a Wi-Fi fully connected aircraft to serve today's sophisticated traveler," Mirenge told The New Times yesterday.

RwandAir's fleet now grows to 12 aircraft and its capacity in terms of seats will double with the acquisition of the fourth B737-800NG and its second A330 (300 series).

The expansion of the fleet comes at a time when the airline is preparing to start flights to Gatwick, London's second-busiest airport next year and is also eyeing the American market in the course of 2017.
In recent months, the airline has launched flights to Cotonou in Benin and Abidjan in Ivory Coast to bring the total number of destinations to 19.

The airline is also set to open routes to Harare in Zimbabwe and Mumbai, India in coming days.

Based on projections, the airline's capacity could grow from the current 500,000 passengers annually to more than 3,000,000 in the next five years. 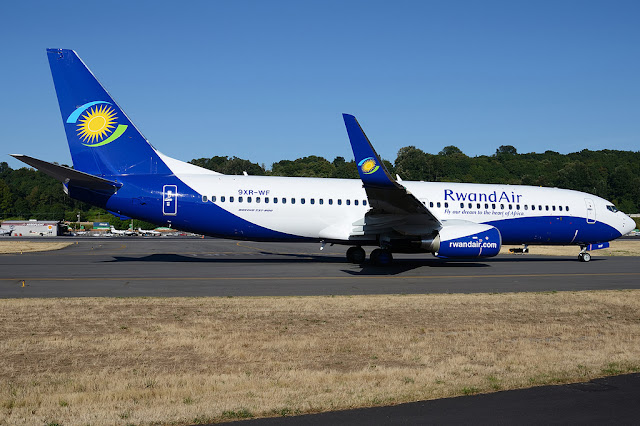